- What is solar water heating?

The sun is an immense source of energy, radiating more energy onto the surface of the earth every hour, than man uses in a whole year. Solar photovoltaic cells convert energy from the sun into electricity. Cells can be combined together to produce enough electricity to meet virtually any demand. Solar panels should ideally be installed on a south facing roof, or as close to south as possible, they should be positioned such that they are at no time shaded by trees, or other objects. If you don't like the idea of having a conspicuous panel on the roof, several manufacturers now produce solar roof tiles, as an alternative to panels, which are installed in a similar fashion to normal roof tiles, and are seamlessly integrated into the roof. Domestic solar panels are now generally grid connected, so at times when the electricity is not needed, it will feed back into the grid, and your electricity meter will start running backwards! The output of solar panels is direct current, so if the panel is grid connected, it needs to be passed through an inverter to converted the supply to the 240v AC supply used by the grid. 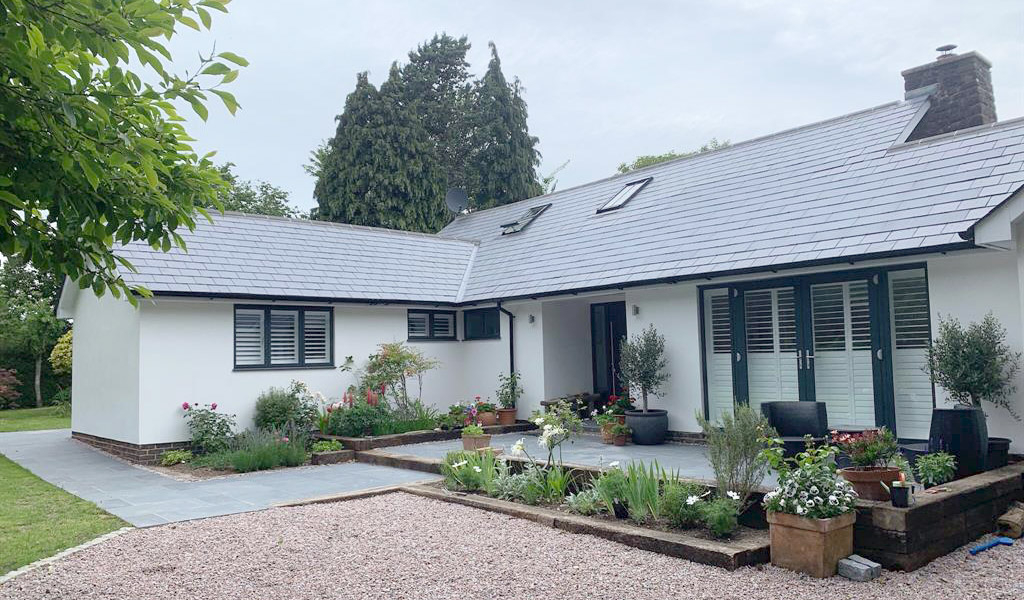 - Can solar panels provide all my requirements?

You will probably need several solar panels covering a substantial proportion of your roof and, in addition, have taken all measures to reduce your requirement for electricity, such as installing energy efficient light bulbs and choosing eco friendly appliances, before you can say you are, in effect, self sufficient in electricity. While a substantial investment is required, which is estimated to take between four to nine years to recoup, a solar roof does now appear to constitute an asset, which will add value to your property, increasing its resale potential. In addition, most panels are guaranteed for around 20 years, and should have a useful life in excess of 25 years.

- How do solar photovoltaic panels work?

The technology of photovoltaic panels is rapidly evolving, however, the majority of photovoltaic cells are currently made of semiconductors, the most common of which is Silicon. When light hits the surface of the semiconductor, some of the energy is adsorbed and knocks electrons loose, allowing them to flow freely. Silicon, in its pure form is a poor conductor, however by introducing impurities, in a process referred to as doping, it is possible to change its characteristics. Silicon is doped with Phosphorous and Boron, to create silicon n and silicon p. At the atomic level, each silicon atom has four electrons in its outer shell, in the crystalline form, it joins with four neighbouring atoms, creating a stable configuration, with a full outer shell of 8 electrons. The Phosphorous atom, on the other hand, has 5 electrons in the outer shell, and so cannot combine in the same way. It is found that this spare electron is easily liberated by a photon with sufficient energy. Conversely, Boron has only three electrons in its outer shell, leading to a lack of electrons required for an stable structure, resulting in a net positive charge, this positive charge, which is really the lack of an electron, and is referred to as an electron hole, is also free to move around. By themselves both silicon n and silicon p are electrically neutral, but when a sheet of one is brought into contact with a sheet of another, an electromagnetic field results, at the junction of the two, known as the p/n junction. The polarity of which forces electrons to travel from the silicon p material to the silicon n material, and the electron holes to travel from the silicon n to the silicon p. The result is a potential difference or voltage between the two materials, and hence a current can be drawn of by attaching electrical contacts to the back of the material, and a contact grid is generally applied to the top surface, so as not to reduce the light falling on the silicon too much, although this does stop some photons.

- The future of solar panels

The major drawback of solar panels has been the low efficiency of the cells that convert the sun's energy into electricity, and the high cost of manufacturing semiconductors. Second generation solar cells utilizing newer technologies are aimed at reducing production costs, while increasing efficiency. Alternative manufacturing techniques such as vapour deposition, electroplating, and the use of Ultrasonic Nozzles are advantageous, as they reduce high temperature processing significantly. The most successful second generation materials have been cadmium telluride (CdTe), copper indium gallium selenide, amorphous silicon and micromorphous silicon. These materials are applied in a thin film to a supporting substrate such as glass or ceramics, reducing material mass and therefore costs. These technologies do hold promise of higher conversion efficiencies, particularly CIGS-CIS and DSC, while CdTe offers significantly cheaper production costs. The current market leader in solar panel efficiency is SunPower, a San Jose based company. Sunpower's cells have a conversion ratio of 23.4%, well above the market average of 12-18%, however, advances past this efficiency mark are being pursued in academia and R&D labs, with efficiencies of 42% achieved at the University of Delaware in conjunction with DuPont. (The above paragraph is based on Wikipedia source material) 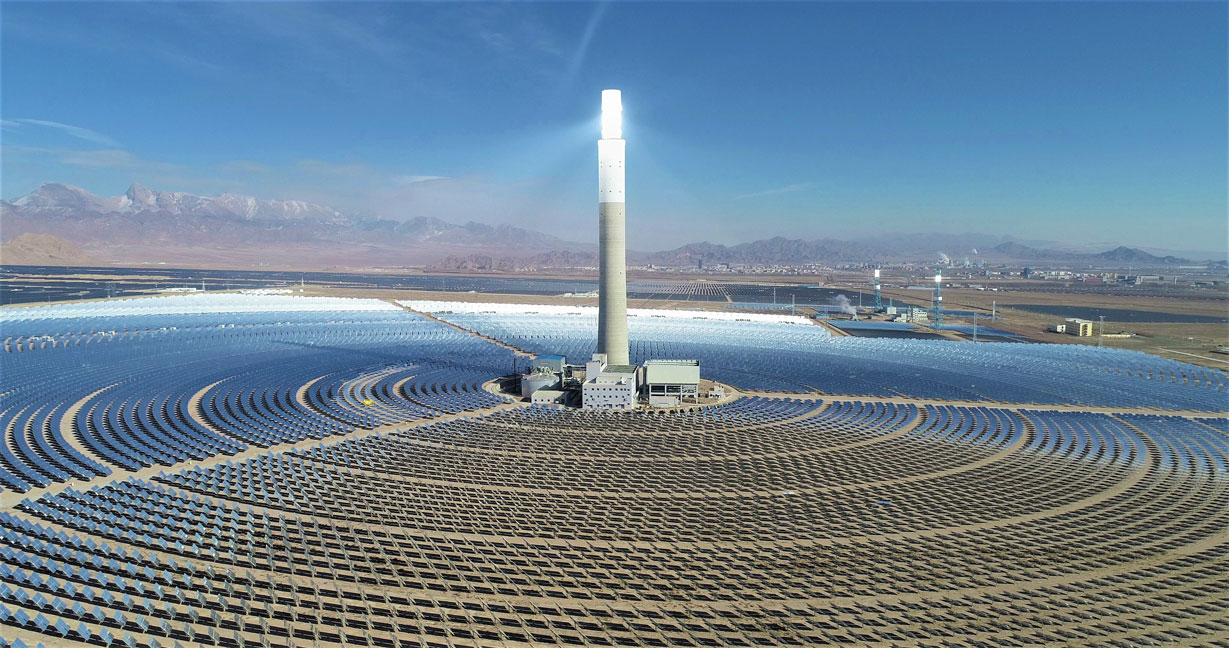 In parts of the word where solar insolation is high, the use of concentrated solar power is proving to be economic, although not applicable for domestic use. Sunlight is collected over a large area, through the use of parabolic mirrors or other focusing devices, which and brought to bare on a small area of photovoltaic panel. The main benefit being the cost benefits of reducing the area of photovoltaic panel, thereby permitting the use of more expensive, second generation cells with higher efficiencies. The drawbacks are the need to track the sun, as diffuse light cannot be focused, and the heat build up, resultant on focusing the sun's rays, indeed currently this solar thermal energy is mostly being used to drive convention stream turbines, which produce electricity by way of a generator, however, in theory, this approach could also be used in a combined heat and power system, giving rise to theoretic efficiencies of over 50%.